Spanish and international media have been talking about the event since the Andalusian catwalk at Paris was a great success. The south of Spain was strongly present and the designers Felipe and Manuel of Tolentino showed off by exhibiting high-level pieces composed of exquisite materials and designs from exuberant and striking to sober and elegant. 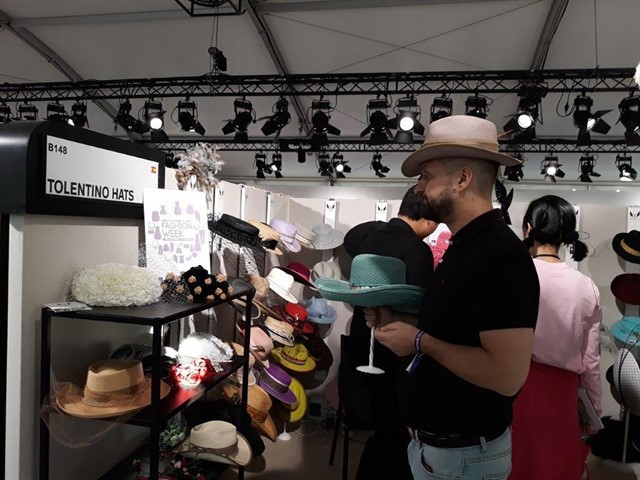 Next to the press release´s tittle is a photograph of the Tolentino Hats stand, which shows Manuel Carrión, one of the two designers and creative geniuses of the brand.

The fair has been held for more than 30 years, making two annual versions, one at the Palace of Versailles and another at the Gardens of Tuileries.

“The hat magazine”, a virtual blog about the headgear industry, has also published a post in its insta stalker account, in which it shows the two Tolentino designers, Felipe Vivas and Manuel Carrión as they pose in front of one of their most striking creations. 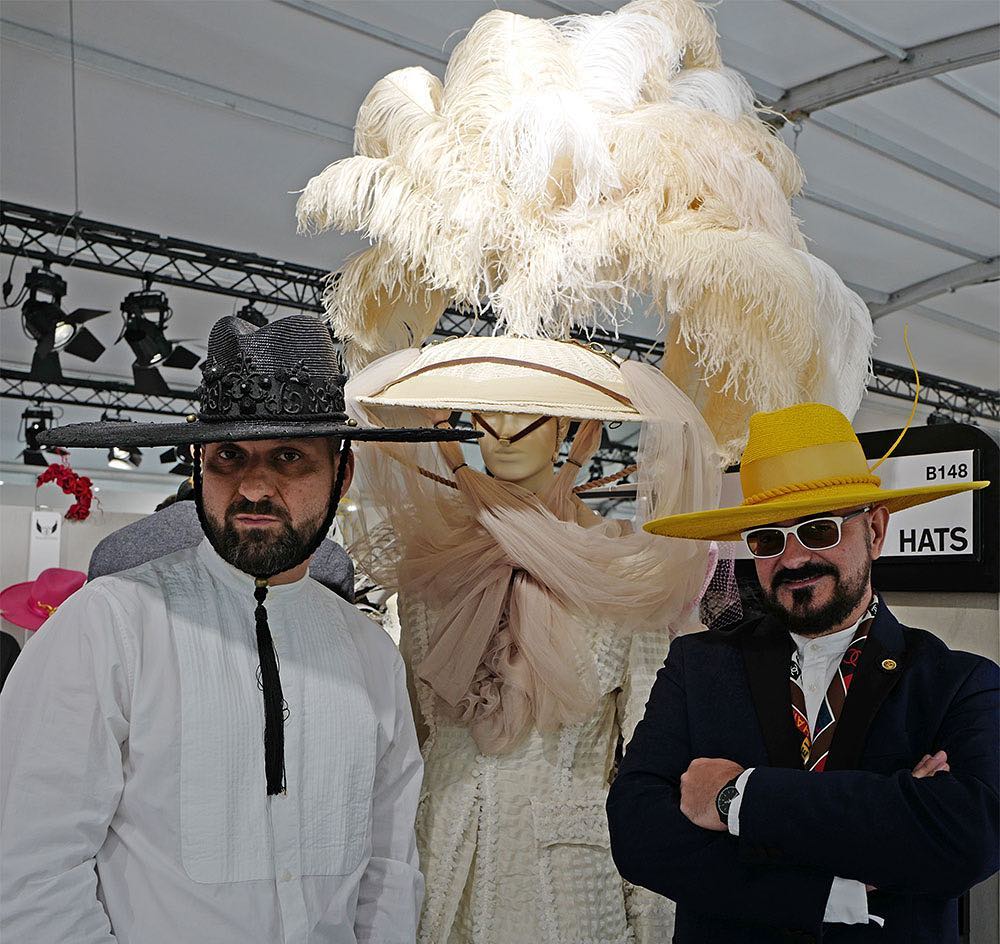 As for the participation of the brand in the fashion show of Juana Martín and her honoree Lita Cabellut, El diario.es has mentioned the following:

“The accessories of the Sevillian Tolentino Hats were the perfect addition on each design, with headdresses also inspired by the work of Cabellut.”

“Crazy artwork “, according to Felipe Vivas and Manuel Carrión, from Tolentino Hats, who helped from the “backstage” to place each hat on the models.

These referents from the headgear world, have dressed singers like Rihanna, Beyoncé or Lady Gaga, gave the final touch to the “Lita” collection, with flowers, branches made from newspaper pages and bags shaped like a painter’s case. 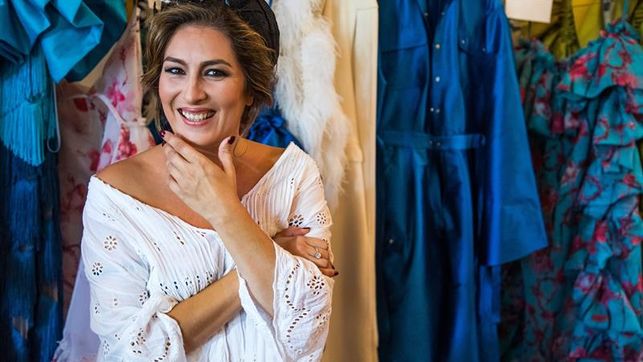 In the photo placed below the news, we can appreciate the singer Estrella Morente wearing the ¨Manolita¨ headdress, piece of the new collection that the Sevillian brand has just launched.

Others like RTVE mention in the press note named “Estrella Morente put voice to the show of Juana Martín in Paris” the comments made by the designer referring to the support received by “los Tolentinos” in lending their pieces as clothing accessories.

“It has been a great effort”, said the designer. “We do not have sponsors, but we do have the great support of collaborators, such as Estrella Morente or Los Tolentino,”she says, referring to Sevillian hatters, artists who have worked with designers like Palomo Spain and stars like Lady Gaga. “In fact, what we are doing here is exporting our art, flamenco and fashion, our culture.” 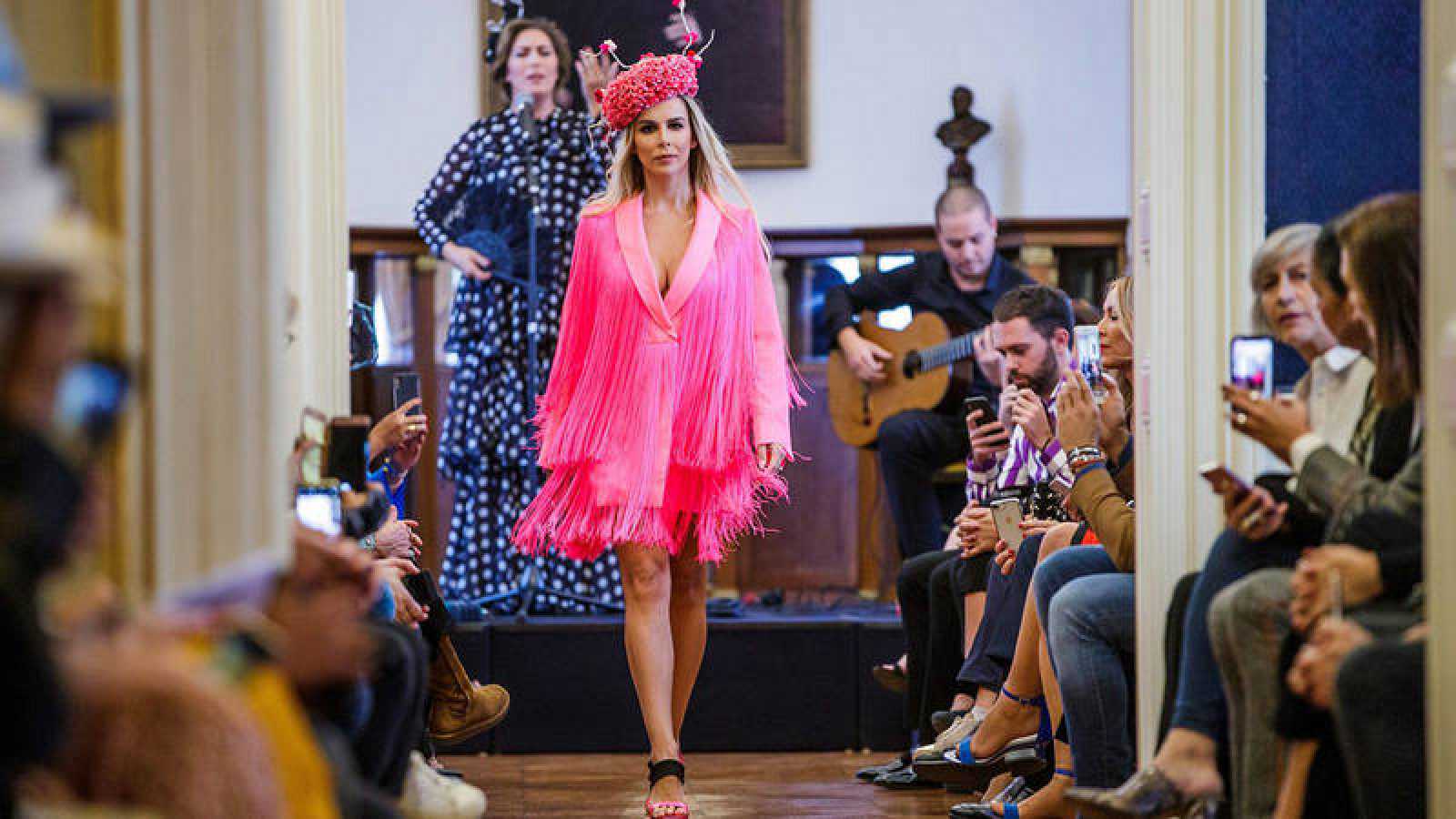 EFE estilo.com also highlights the notoriety of the brand in the parade and its trajectory outside of it.

“The accessories of the Sevillian Tolentino Hats were the final touch on every design, with headdresses also inspired by the work of Cabellut.”

“Creaciones locas”, according to Felipe Vivas and Manuel Carrión, from Tolentino Hats, who helped from the “backstage” to place each hat in its place.

These referents from the headgear world, who have dressed singers like Rihanna, Beyoncé or Lady Gaga, added their magic touch to the “Lita” collection, with flowers, branches made from newspaper paper and bags, shaped like a painter’s case. 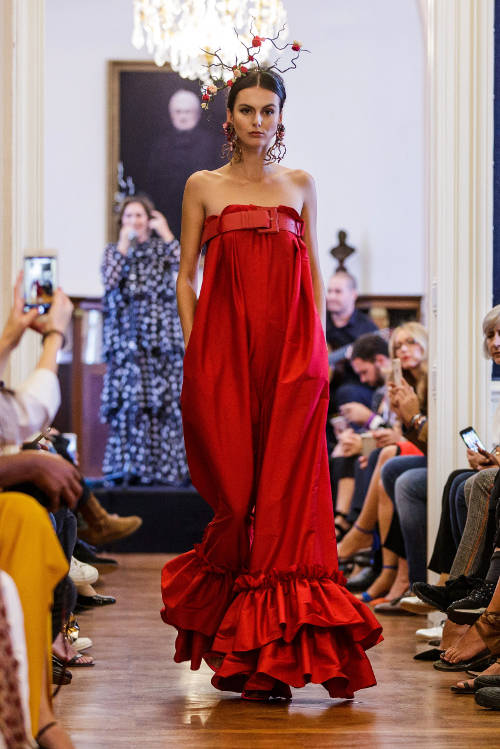 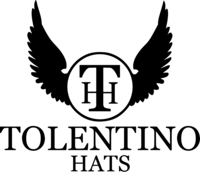 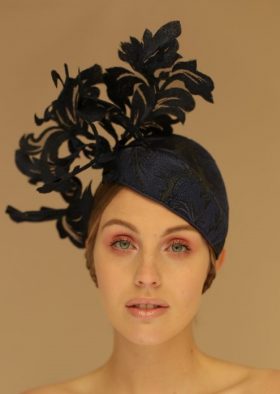 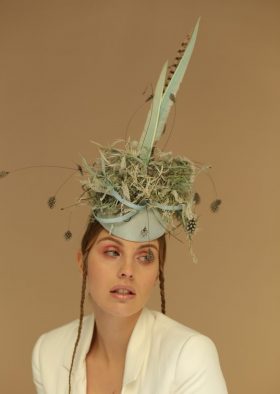 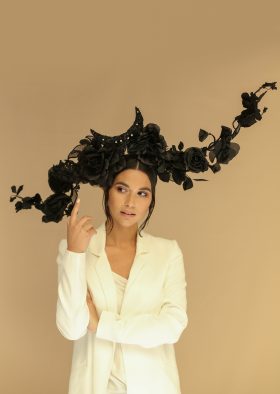 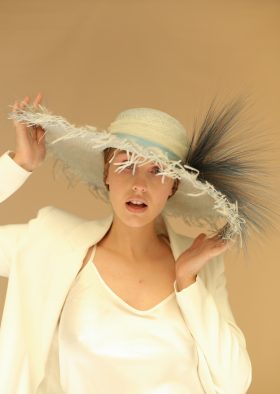 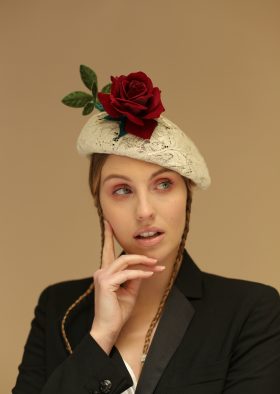 You don't have permission to register

LOGIN
This website uses cookies to improve your experience. We'll assume you're ok with this, but you can opt-out if you wish.Accept Read More